ABC Bonding* has created a “virtual franchise” bail bond operation. Without increasing human resources, ABC now serves multiple counties, seamlessly and efficiently. ABC previously used a call answering service which it shared with its competition. However, the call transfer process along with the number of message inaccuracies was progressively choking its growth, and keeping ABC from getting ahead in the marketplace. 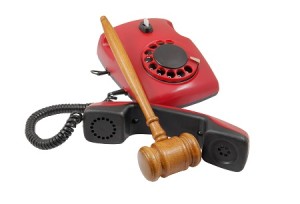 Team efficiency improved, and the staff could work from anywhere, due to the functionality extended to their cell phones. Their phone features included call transfers and conference calls, making it easier to get the customer in touch with the right person during the initial contact. Since ABC employees spend much of their time in the field, access to this level of flexibility through their communication system is critical. The detailed call reports are an added bonus, and provide an extra edge in tracking down ABC’s potentially harder-to-find clients.

Finally, ABC saved significant time and money by not needing to purchase and maintain expensive PBX switches or call monitoring software. With Halloo’s hosted communication system, ABC was able to expand its telephone services “on the fly.” And, the initial switch to Halloo services was pain-free. The whole system was up and running in a matter of hours.

The verdict? “[Halloo] gives us a competitive advantage which is our little secret,” says this sharp entrepreneur.

Ready to find out how Halloo’s virtual phone system with integrated contact management can help your small business? Take the tour!