A business litigation and IP firm based in downtown San Francisco, the ARI Law Group firm was using a dedicated in-building receptionist and a punch-key PBX system to communicate with clients. In a recent call with an attorney directory service, the rep from the directory informed one of the principals that they routinely received 3 to 5 calls per week from their sponsored listing, something the law firm was unaware of. This prompted a further investigation into the “client experience” as they phoned into the firm.

It appeared that after hours – before 9:00am and post 5:30pm – the receptionist would be absent and calls would go to voicemail after an average of 8 rings (approximately 32 seconds). As the firm had international clients, it was safe to assume that a number of calls throughout the early morning and night went to voicemail, where many callers simply hung up.

While recognizing the need to move to a more sophisticated business phone system, ARI Law faced a number of challenges often seen in professional services firms that occupy office space in a large commercial building downtown.

1) They required the use of their existing punch-key PBX phone system as it was the standard system within the entire building. It had outdated features and was old, but it was fixed throughout.

2) Desiring to answer each client call with the human touch, they required a tie-in service that would allow an answering service that was intimate with their business to be able to offer live call reception 24/7/365.

3) Because the nature of their business was law and that client calls had to have the utmost security, they wanted a system based on a wired business telephone system and not on VoIP.

With the Halloo system the ARI Law firm set up a unique local number for each of the several area codes within the Bay Area and Silicon Valley that they serviced. They then routed these numbers to their traditional office line, while being able to toggle to a live agent answering service during off hours.

They were also able to offer their clients the convenience of a single local number so that parties could join a conference call (often used in professional services) by pushing a number on their phone while calling into the normal office line.

Ali Aalaei, principal of ARI Law PC said, “Halloo provides our clients in the Bay Area and in Asia an incredibly accessible way to communicate with our team here in San Francisco and Orange County.”

It may seem counter intuitive, but recessions are perhaps the best time to think about starting a new business. Maybe you have been downsized out of a great job, or maybe just stuck in place for years without a raise. You probably want to get right back to doing what you were doing before the punch bowl got taken away in 2008.

The problem is, recessions are often a time where old models of business get taken to the woodshed, possibly never to return. During these times, there is tremendous opportunity to reinvent business methods and even whole industries. Down and out incumbents are vulnerable to nimble startups with a better solution.

If you’ve been thinking about striking out on your own, now is probably the best time to do so. Maybe you’ve been deeply entrenched in an industry and know where the inefficiencies lie. Think about changes happening in your industry and create your own opportunity. 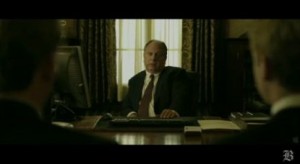 Larry Summers in The Social Network

In a memorable scene in “The Social Network“, Harvard President Larry Summers advises the Winklevoss twins, “Harvard undergraduates believe that inventing a job is better than finding a job, so I’ll suggest again that the two of you come up with a new new project.”

With modern cloud based tools for small businesses, it’s never been easier to start a business. Setting up a web site, phone system, payroll, accounting, and even paying taxes, is all possible with the click of a mouse. No more expensive equipment or software to buy, set up and maintain. Just focus on your unique value to the world and make it happen!

END_OF_DOCUMENT_TOKEN_TO_BE_REPLACED

Yelp, a local business directory site with reviews by its members, is becoming increasingly popular in metro markets. It’s influence can be seen in both San Francisco, Chicago and New York where many shop owners display a “Yelp” sticker on their storefront windows.

As online directories take a certain market share away from traditional Yellow Pages – and even search engines – the rise in the popularity of website surfers looking for reviews has increased dramatically since 2005 (when Yelp first launched).

Yelp is also becoming a place where restaurant owners, plumbers and even professional services providers like attorneys can advertise. They have three ways of getting your local business listed – by advertising at a flat monthly rate, by paying $3 per click, or simply being listed for free.

Here’s how to be listed for free (it’s not as easy as one would hope).

END_OF_DOCUMENT_TOKEN_TO_BE_REPLACED

Chances are, if you do any sort of local advertising, you’re not sure how to quantify how well it’s working. A local DID number from a hosted phone service provider can help you track the effectiveness of your ad campaigns so easily, it’ll be a small wonder how you lived without such visibility before.

These days, many small businesses are inundated with pitches from vendors promising them easy ways to get more customers, mostly from the Web. There’s so many choices it can be confusing and with more choices than ever before, even the local Yellow Pages ad reps are promising “Google Gold.”

But how can you tell if any of it’s working? And, if you feel some of it is – how do you know exactly how much you’re getting from it?

END_OF_DOCUMENT_TOKEN_TO_BE_REPLACED 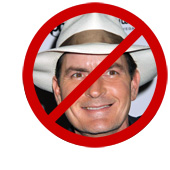 TV actor Charlie Sheen, on a tirade against his (now former) employer, blitzed every major media outlet and amassed a Twitter following of 2 million people in about 2 days venting about how he had been wronged by the network executive.

Thanks to Sheen and Twitter, angry people everywhere now have the wherewithal to launch a full-scale brand attack on any service, product or boss that rubs them the wrong way. Businesses have an opportunity to make brand ambassadors out of their most difficult or dissatisfied customers, yet so few fail to do so – why?

END_OF_DOCUMENT_TOKEN_TO_BE_REPLACED 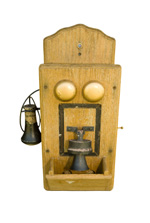 “Halloo” was a word used primarily by Ferrymen and hunters to call to their hounds. It was also used by Charles Dickens in 1850 and in 1857 by Thomas Hughes in a book called Tom Brown’s Schooldays purportedly read by Thomas Edison.

So it makes sense that when Edison first discovered the principle of recorded sound on July 18th, 1877, the first word he uttered into the phonograph was “Halloo!”

As Edison said at the time, “I tried the experiment, first on a strip of telegraph paper and found that the point made an alphabet. I shouted the word “Halloo! Halloo!” into the mouthpiece, ran the paper back over the steel point, and heard a faint “Halloo! Halloo!” in return! I determined to make a machine that would work accurately and gave my assistants instructions, telling them what I had discovered.”

“Halloo” eventually morphed into “Hello” and today it’s what we all say on the phone s a greeting… but it all started with a simple “Halloo!”

Last week, Wisconsin Governor Scott Walker had a very candid phone conversation with right-wing billionaire David Koch – or so he thought. The journalist responsible for the prank call shared a recording of the chat and pundits didn’t hesitate to scrutinize Walker’s every word.

Lucky for Walker’s press team, the Governor seemed to share the same opinions in private as he had in public regarding the state budget, unions and the legislature. But they are politicians – masters of public relations. But for everyone who has ever hired someone to answer the phone – how do you train your sales and support staff to stay ‘on message’?

END_OF_DOCUMENT_TOKEN_TO_BE_REPLACED

Earlier this week, nearly 150,000 Google e-mail accounts were deleted. Instantly. Without warning. For business owners taking advantage of the cost-savings offered by the Software-as-a-Service providers, many assume these clouds are infallible with multi-layered contingency plans in place.

But when we assume…

END_OF_DOCUMENT_TOKEN_TO_BE_REPLACED 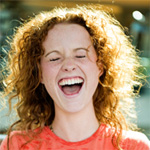 The policeman arrived at the scene of an accident to find that a car had struck a telephone pole. Searching for witnesses, he discovered a pale, nervous young man in work clothes who claimed he was an eyewitness.

“Exactly where were you at the time of the accident?” inquired the officer.

“Mister,” exclaimed the telephone lineman, “I was at the top of the pole!”

END_OF_DOCUMENT_TOKEN_TO_BE_REPLACED

While not a ‘secret’ per se, it still amazes me that few people on the web talk about one of the easiest ways for small business owners who host or attend events to grow their their visibility on Facebook.

Let’s digest this motion in 4 steps –