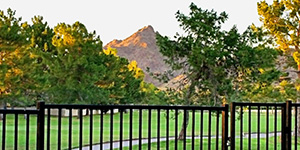 Being the most populous city in Arizona isn’t easy, but it wasn’t so big when Phoenix was founded in 1867 by Jack Swilling. He saw a potential for farming while he was traveling down the Salt River Valley and the “Valley of the Sun” was born. The name Phoenix was chosen because it was a city which was born from ruins.

The number one business in Phoenix is real estate and Phoenix is known as a place where retirees and golf lovers decide to live. It has close to 200 golf courses including Troon North, Wickenburg Ranch, We-Ko-Pa and nearby TPC Scottsdale which holds an annual PGA Tournament.

Many tourists visit Phoenix and not just to watch a golf tournament. Culture and art abound in the city with many art venues, museums, and fine arts galleries. If you travel to Phoenix, be sure to visit the historic Orpheum Theatre which was restored and reopened in 1997. It is built in the Spanish Revival style of Spanish Baroque architecture and is amazing. The venue hosts the Phoenix Opera.

Being in the desert, Phoenix is surrounded by many parks which cater to those who enjoy camping, hiking, cycling, and fishing. They also have an incredible zoo which is the largest, privately-owned, non-profit zoo in the United States and is acclaimed around the world for their conservation efforts.

Phoenix is also known for their cuisine and has many 5-star restaurants from Mexican to steak to eclectic. Every night, tourists have the option of trying a new eatery and enjoying some of the best food in the world.

Have a new restaurant opening? Halloo can help set up your business with a virtual phone system including a phone number. Find a Phoenix area phone number for your local business. Search phone numbers available in area code 480, 602 or 623.