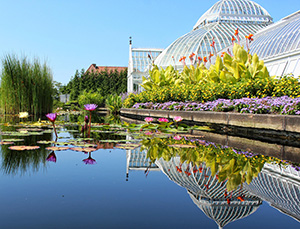 Pittsburgh is the second largest city in Pennsylvania behind Philadelphia, but some would say it is much prettier. It’s located at the confluence of the Ohio, Monogahela and Allegheny Rivers and has 446 bridges making it quite picturesque and known as the “City of Bridges” as well as the “Steel City” for its multitude of more than 300 businesses related to steel.

The name Pittsburgh was created in honor of William Pitt, a British statesman and the 1st Earl of Chatham, and it was created on April 22, 1794. As of 2017, the population was 302,407 making it the 63rd largest city in the United States.

In the 21st century, Pittsburgh was named the “eleven most livable cities in the world” five times (2005, 2009, 2011, 2012, 2014 and 2015) by The Economist’s Global Liveability Ranking. This ranking looks at a city’s stability, healthcare, culture, education and infrastructure to determine city scores as well as crime rate.

The city revolves around its industrial businesses which, aside from steel, also include aluminum, glass, shipbuilding, computing, automobiles, petroleum and electronics. In the 20th century, Pittsburgh was the third largest manufacturing city behind New York City and Chicago.

The city is known for its vibrant city life and culture including sports team (Pirates, Steelers, Penguins, Riverhounds, Yellow Jackets,) art, food, golf, museums and wrestling as well as top universities (Carnegie Mellon and the University of Pittsburgh.)

It was named the “Food City of the Year” in 2019 by af&co and features a blend of different ethnic foods as well as American classics.

Foxburg Country Club, opened in 1887, is the oldest course in continuous use in the United States. It was listed on the National Register of Historic Places in 2007 and contains the American Golf Hall of Fame.

There are thirty-four museums located in Pittsburgh, the largest of which are the Andy Warhol Museum, Carnegie Musuem of Natural History and the Carnegie Museum of Art. Some of the eclectic museums in the city include Bicycle Heaven, Mattress Factory and Miniature Railroad and Village. You can also visit The Clemente Museum which honors the life of one of baseball’s greatest palyers and humanitarians, Roberto Clemente.

Have a new entertainment venue or restaurant? Halloo can help set up your business with a virtual phone system including a phone number. Find a Pittsburgh area phone number for your local business. Search phone numbers available in 412 and 878.