Black Friday, ladies and gentlemen, is rapidly approaching. And what most small business folks–especially those heavily involved in retail sales–know is that this is the time of year when you expect to make most of your sales. That’s where the term comes from, after all: the time of year you can switch from the red ink denoting losses to the black ink denoting profits. But while you think of the things you need–sufficient product, expanded employee hours, maybe a little security to work the door to keep the shrinkage down and your flow of movement high–consider adding one more thing to your roster, perhaps the most important of all: a cloud-based telephone system.

For those of you wondering what a cloud-based telephone system is, here’s the quick explanation: a cloud-based telephone system is, essentially, a system that routes voice traffic through a set of remote computers to connect to you, like adding on phone lines without the extra hassle and wiring of conventional phone lines. You’re all likely familiar with cloud storage, from using it for music like with iTunes, or with files, like with Dropbox, but a cloud-based phone system is like that except with voice traffic instead of files or music. And right now, you’re probably already starting to think about ways you could use a couple of extra phone lines to handle your holiday traffic. 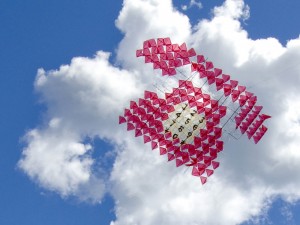 Admittedly, for the most part, your holiday traffic will be foot-based. There are exceptions to this, of course–online businesses or mail-order businesses are just two–but for the most part, your traffic will walk in the door. But still, you know from past experience that you’ll still get phone calls. People will call to ask about availability of certain items, ask about your store hours, or possibly even to see if they can reserve a product to come into the store to purchase later. But there will be some very useful items you’ll want to have alongside that cloud-based telephone system to give your customers the best possible experience.

A Toll Free Number. Get one that’s as easy to remember as possible. Incorporate it into your advertising. Make it spell something if you can, something simple and short and as bouncy as possible. When you can incorporate your advertising to music and the like, you increase the chance of the advertising sticking in the so-called Broca’s Area, the part of the brain that aids in producing action and processing speech.

A Hunt Group Feature. Adding a hunt group feature–allows phone calls to be distributed from one line to several, which ensures the least possible chance that you’ll miss a call, even in the most busy times. It’s even possible to have overflow calls sent to your personal cell phone, ensuring the best chance at a positive experience for your customers.

And the big reason you’ll want to do all this is simple: to give your customers the best possible chance of reaching you. If you can answer every call in the shortest possible time, your customers will be, by and large, satisfied. But cross them, and they’ll go out looking for someone else’s deals. I’ll illustrate this with a personal example: I went looking for an item at a local store that I’d been interested in for some time. This being the pre-holiday shopping run–whether it be Christmas, Hanukkah, Kwanzaa, Tet or even Festivus–they finally had it at a good price. But when I went to buy it, they’d run out, despite the fact that they’d only advertised it as being available only a day prior. They told me that the next day would see four arrive in shipping, but that was the next day, and I’d already driven 30 miles–one way–just to get there that day. I ended up going to another store down the block which offered the item in question, and at the better price that the first store offered. The second store got my money. The first store did not.

On Black Friday, and the days leading up to the various holidays, which store do you want to be? The first store? Or the second store? 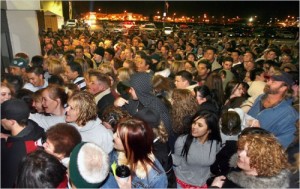 If you want to be the store that got my money–and the money of all the other shoppers out there–then you may want to think about beefing up your support functions, and a cloud-based phone system with memorable toll-free numbers and a hunt group function should prove to be a big help in getting the best possible chance at answering all the phone calls that could arrive over the shopping season. And answering the calls gives you the best possible chance to make money.

And after all, that’s why anyone’s in business.