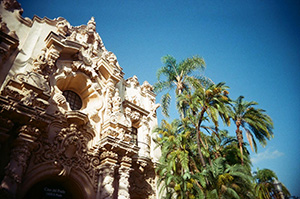 The eight largest city in the United States and the second largest city in California, San Diego is known as the Birthplace of California. Immediately to the South is Tijuana, Mexico and the two cities are known as a metropolitan conurbation.

In 1542, Europeans visited San Diego Bay becoming the first site on the west coast to be explored. It has been under three official flags: Spain, Mexico and the United States, but many American Indians lived in the area for thousands of years before it was “discovered” by Juan Rodríguez Cabrillo.

California became a state in 1850 and the San Diego area housed several battles ten years later in the Mexican American War most notably the Battle of San Pasqual.

The city of San Diego has a plethora of businesses which give it a great economy. These businesses include maritime, tech, tourism and cross border trade with Mexico.

Tourism is possibly its most successful industry with many popular attractions located in or around the city such as the Birch Aquarium, Legoland, San Diego Zoo and Sea World. The San Diego Zoo has long been known to be a stellar example of zoological variety and care and it has more than 500,000 members.

Because of its proximity to Tijuana and its long history with Spain and Mexico, it is no surprise that San Diego has a strong Hispanic and Mexican flavor. Newsweek International once ranked it as one of the top eight creative cities in the world. Mexican music such as Norteño is popular in the area and Tijuana has brought its colorful culture into the city as well. Also recognized are the visual arts with its Mexican and marine themes.

San Diego has one major professional team: the San Diego Padres. Recently, the San Diego Chargers left the city for Los Angeles, but it was announced in 2018 that the AAF will place a team in 2019 called the San Diego Fleet.

Have a new entertainment venue or restaurant? Halloo can help set up your business with a virtual phone system including a phone number. Find a San Diego area phone number for your local business. Search phone numbers available in 619 and 858.