St. Louis, Mo. was recently identified as the nation’s top startup city because it wrapped up 2015 with the highest annual growth in venture capital funding.

But financial backing isn’t the only benefit entrepreneurs will find in the city just west of the Mississippi River.

Known as a hub of biotech and plant science research, St. Louis offers plenty of other startup resources and a cost of living that’s roughly 5 percent below the national average.

St. Louis is one of the top startup scenes based on the average annual-growth rate in investment deals, according to Mattermark, which collects and analyzes data to help investors track thousands of fast-growing startups. 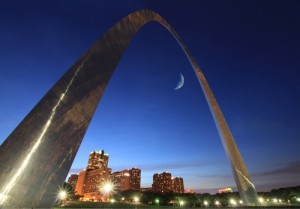 LockerDome is a good example a young investment-worthy growth company. An interest-based social network founded in St. Louis, it has grown from 10,000 active users a month three years ago to more than 75 million today and attracted more than $18 million in capital, according to National Public Radio.

Government incentives like the Missouri Works Program are an asset, too. This tax credit program, which is designed to create quality jobs, persuaded Square, the credit card processing company, to open an office in St. Louis.

And it has accelerators targeting specific growth industries, like the ITEN for tech startups, SixThirty for financial technology businesses, and the BioGenerator, which has provided early stage funding and support for 65 biotech companies.

St. Louis is bound to attract more ag-tech startups since it won a $500,000 U.S. Commerce Department grant in 2015 to support an innovation hub in Creve Coeur, just west of St. Louis. The center will strengthen regional economic growth, globalization and commercialization in bioscience research.