I’m all about going past the norm when it comes to small business and entrepreneurship, especially when it involves technology. So this is going to be quite the edgy review! And one many might enjoy: it’s about the mega-giant of videos, YouTube.

This isn’t the first time, though, we’ve examined the possibilities of YouTube from a small business perspective. Lord knows many an auto attendant or call center has enjoyed a view fun kitty videos or the kid with the light saber, but, seriously — helping small businesses? It’s true. Just check out this previous Halloo Communications article on it. Our very own Steve wrote it — while watching Mishka the talking dog on video, which by the way is very entertaining (I suggest you check it out).

I shall embellish on this idea that YouTube can contribute to the small business arena by first saying that marketing and advertising is of prime importance. And YouTube definitely has a handle on that. You can create accounts with your business and publish videos as a means to advertise your products. Guess what: you can now do more…. 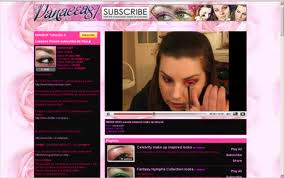 We’re entering a new era here. A new age of television, and therefore a new age of marketing and advertising. Find your way to YouTube, and you may notice that not only can you simply own an account with your own video projects uploaded to it for all to see, you can actually own a channel. A truly marketable channel. Like HBO.

As we speak of this, right now someone may be watching ABC News, yes, right on YouTube. Because ABC News actually has their own YouTube channel. You can also watch Taylor Swift, Nike Football, America’s Test Kitchen, and Ellen Degeneres (in fact, there are times I wonder if her show only exists on YouTube).

You’re probably thinking “big deal.” It’s just another outlet. No, it’s not. The main leap here is the fact that there are even real unique YouTube-exclusive channels with original content, such as the channel “AwesomenessTV.” A channel designed for those who love random comedy.

That’s unprecedented. Think about it.

For the first time, a simple web site is now having an upsurge of “channels” to surf through like Cable. As it stands, YouTube will add more than 50 more original channels along the lines of basic Cable shows and other such types of content people may watch on a regular basis. Why do you think Amazon, Netflix, and Hulu are directly competing as well to product their own original content? The media world is changing dramatically. 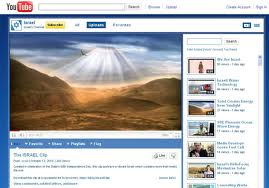 What Does That Have to Do With Small Businesses?

A lot. When you think about it.

Typically, the most traditional form of advertising and marketing has been commercial and print. Not every small business does it, but those that do it do reap some benefits of cash flow, profit, and steady customer retention.

The only issue with commercial advertising is the amount of money it costs to organize it and produce it. One 20-second spot in between breaks of “Vampire Diaries” can cost a company as much as a grand. That’s a stake in the heart of an entrepreneur’s wallet, I tell you.

So you know what YouTube is slowly accomplishing? It’s a comprehensive advertising/marketing tool in the vein of commercial production — but for free, and on company terms. A company doesn’t have to wait for cable or network providers to broadcast the spot on TV, nor does a company have to deal with distribution of brochures and newsletters. A company can upload all commercial videos right on the channel, and they stay on there for as long as the company wants them to stay on. And anyone can view them as much as they want, whenever they want. A company can market those videos as real-time commercial products to market and advertise their services to prospects as if those prospects were watching commercials right on the TV. And best of all? Viewers can comment on them! And companies can track all hits of those videos to see how they’re doing. 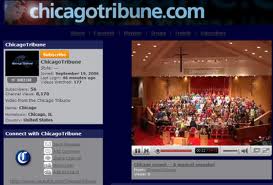 If that’s not beneficial for businesses, I don’t know what is.

The Difference Now and Then and a Few Challenging Thoughts….

YouTube’s still not quite there, yet, though. In the end, you’re still dealing with a laptop, or computer, or tablet, and not everyone can watch that unless you’re owning one of those “smart” TVs.

In terms, though, of targeting specific business, it’s an excellent resource. I’ll paint you a rough metaphor here: our traditional commercial advertising was akin to a gatling gun firing away at soldiers on the battlefield, while YouTube has turned into the sniper hiding in the shadows, taking precise shots without missing a beat.

A business does, though, have to take hold of the reins. This YouTube channel thing will be their baby. But in the long run, it may be worth it — don’t you think?