In this case, the most recent addition of Google’s repertoire in the tablet market called the Google Nexus 7.

One would think, though, that any major mega company would want to go for the head of the top dog, in this case being the fun folks at Apple. Surprisingly, though, Google’s not playing that angle. Instead, they’re directly competing with the budget-friendly market, namely led by none other than the Kindle Fire, Amazon’s warlord of commerce in the digital purchasing world.

I need you to keep in mind one thing, though….

This Isn’t a Tech Competition!

It’s a business competition. Meaning, which service or device would probably benefit small businesses, auto attendants, call centers, you name it, more? Would it be the Google Nexus 7? Or the Kindle Fire? Let’s explore this, shall we?

That being said, it’s pointless to run through all the specs for each device and see which one’s the most advanced technologically. In business, in entrepreneurship, it’s about what works, not necessarily what works best.

What I care about are the features that would specifically benefit a business. So let’s get down and dirty here….

In This Corner: The Google Nexus 7 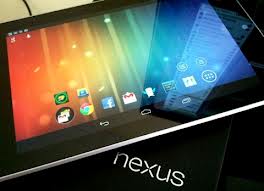 Slick tablet, obviously. Google’s going miles, obviously, knowing that Android technology still to this day gives Apple a run for its money. Obviously. Again, though, it’s not necessarily about technology.

One of the sweetest features the Nexus 7 sports is a nifty 1.2-megapixel front-facing camera, perfect for video chats. Can you say “business meeting on the move?” It would be a new movement in the corporate world for sure. Another awesome feature is this thing called “compass mode,” the ability to utilize your Nexus 7 tablet to provide 360-degree imaging with your camera and gyroscope.

What does all that space-age lingo mean? Brace yourself: picture you at home with your Nexus 7 and you being able to “look around” the conference room during a meeting as if you were there, all because of “compass mode.” Get the picture? I call that pretty convenient and cool. Of course, the synchronization needs to be there, satellite camera built into the conference room, but that’s speculating on Nexus 7’s capabilities.

And In This Corner: The Kindle Fire 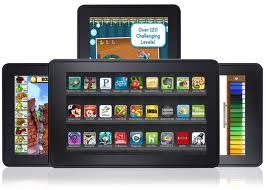 I won’t go into too much detail here, but let’s face it: Fire owns budget-friendly for businesses, basically. There are a couple of drawbacks, though — there’s no camera, and Wi-Fi and internet isn’t as slick and easy as anyone would like it to be. Generally, the Fire’s been Amazon’s vehicle for web purchases and book reading. That’s about it.

In business, though, it’s practically par for the course.

We do, however, need to keep in mind that there will be a new Kindle Fire coming out…. And that may change the tablet market altogether. Watch out for that one.

In the End, It’s About Convenience

If you’re a small business or entrepreneur, you’ll know that budget-friendly is your best friend. Sure, if you’re able to land an iPad or a Motorola Xoom, you’re going to be a happy camper. That’s if you’re lucky. But generally if you want ease of use and basic functionality for your business, saving money is better than spending it.

The question is this: is it worth getting the Google Nexus 7? Or should you just stick with the Kindle Fire? Or does it even matter? They’ll both be just around the same price. But does the Nexus 7 sport enough extra features to really be worth the buy?

What does your business need the most? That’s the best question to answer. And only you can answer that. Till then, play Angry Birds or Cut the Rope on your sexy iPad and have some fun.