Since the iOS product line is about to get a significant shot in the arm in the not too distant future, between the launch of the iPhone 5 and the iPad Mini, it’s worth taking another look at an iOS mapping app, CoPilot GPS.

CoPilot GPS includes maps for any one country or region at no charge. Getting extra maps, of course, will require a paid download, but for those who plan to focus on one particular area then this is pretty good news by any stretch. Better yet, it uses maps in the device itself, rather than depending on a data connection, so those who need maps when they’re not in range of a signal–which is almost exactly when you need a map the most–will be very well service by this app indeed. The maps also contain points of interest, so finding your way back to a data connection, and the civilization it implies, will be much easier thanks to CoPilot GPS. 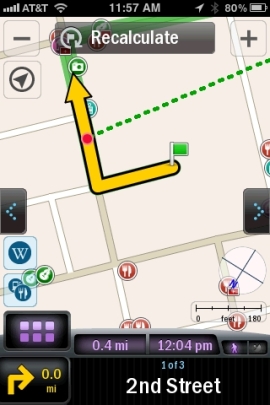 Other features include the ability to make phone calls to those points of interest in the maps, directly from the app itself, as well as a “walking mode” geared toward providing responses better suited to those on foot rather than those in vehicles. Not surprisingly, there’s also a social networking mode, that allows users to tell people where they are. This, however, does have the potential to inform criminals that you’re not home, making your house a prime target, but then, if you don’t live alone and there’s still someone at the house, this may not be so much of a problem, but it’s certainly a point to consider.

Perhaps the only real downside of this app is that some may have a problem working with the standard, free, maps. Some will likely prefer having the turn-by-turn directions or the 3D mapping systems, but these aren’t available with the free version. Upgrading to the full, premium, version will set you back $34.99, but includes all of the functions, making this a very good purchase indeed for those interested in picking up something like this. 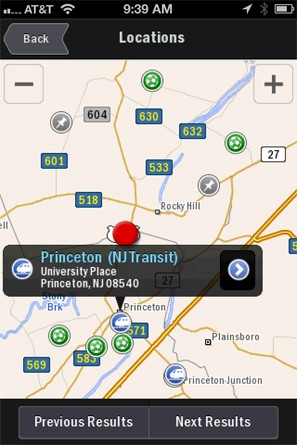 But just being able to get around easily isn’t going to be enough for a small business to realize its truest potential. The inclusion of cloud-based telephony features like instant conferencing systems and click to call features are also going to be important, so important that even CoPilot GPS has a kind of click to call system already built into its own function set.

This combination of features, available at a reasonable price–even if a pretty high price as apps go–make CoPilot GPS one to take a closer look into for those who do a lot of traveling and could use a little help figuring out where to go.