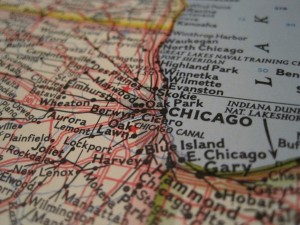 As a suburb of Chicago and once headquarters of Al Capone’s criminal empire, Cicero makes up for its small size in rich history, unique landscapes and its strong manufacturing industry.

Covering only 5.5 square miles, less than a sixth of its original size of 36 square miles, Cicero is often mistaken as part of the major city of Chicago. However, the geographical size of the town doesn’t compare to the hustle and bustle going on inside it. People like Al Capone made sure of that.

But first, Cicero gives credit of its name to Marcus Tulles Cicero, one of the greatest statesman of Rome in the First Century B.C.E. who gave Natural Law to the Modern World (Powell, 1997). His beliefs and principles inspired the young nation of the United States, and the little suburb outside of Chicago dedicated its name to the Roman political figure.

Arguably the most notorious gangster of his time, Al Capone established his headquarters in Cicero during the 1920s in order to escape Chicago law enforcement. He built his empire here and for many years, thrived in this area. At the end of the decade, he traveled down to Florida where he stayed until he died, but the city of Cicero and Chicago is where he ultimately ruled.

Located in the second most populous county in the United States, Cicero is the only credited town in the sector. With 23 cities but only one town, Cook County offers Cicero an unique landscape. With a less populated and geographical area than its Chicago metropolis, this town comprises of eight neighborhoods. All in which were disassociated areas that grew to form this diverse town.

Named by Data USA as the Most Specialized industry in Cicero, manufacturing accounts for more than 20% of the employment rate. With healthcare, administration and food service right behind, Cicero continues to grow as a place for business.