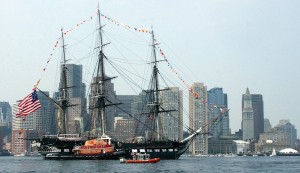 As one of the oldest and distinguished cities in the U.S., Boston, Massachusetts is a hub of innovation and education. With the many universities and startups, the city of Boston creates a powerful impact on the state, country, and world.

Throughout its history, Boston was a key player in the creation of the United States. From early settlement in the 17th century to its pivotal role in the American Revolution, this “Olde Towne” is a city of growth, and its influence has affected countries globally.

Across the city are dozens of landmarks which include the Boston National Historical Park, a collection of sites from the American Revolution, connected by the Freedom Trail; the Boston Athenaeum, one of the nation’s oldest and largest independent libraries; and Tremont Street Subway, the oldest (and still running!) subway tunnel in the United States.

There is no secret that Boston has a rich history. Because the city shares many first with America such as the nation’s first public school, subway system and public park, knowledge and innovation thrive. Some of the finest writers in the 19th century including Henry David Thoreau and Ralph Emerson wrote in Boston. They were some of the first to be published in The Atlantic Monthly, founded in the heart of Massachusetts in 1857.

But why focus on Boston’s history?

It is because of the city’s history that has set the stage for the present. As a world leader in innovation, entrepreneurship and education, Boston is among one of the best places for business and careers. With a diverse economic revenue from the industries of education, biotechnology, tourism, financial services and more, the city offers a successful environment to grow and prosper.

With over a hundred colleges and universities in the area, Boston is home to some of the highest ranking schools in the world. Harvard, the nation’s oldest institute of higher education, Massachusetts Institute of Technology (MIT) and Tufts are all located right outside of Boston but serve a significant impact on the city itself. From law to tech to even music, Boston is a leading center for education as schools contribute a major influence in the regional economy. As a hub for innovation, especially in biotech, Boston’s economy ranks at the top ten in the country and 12th largest in the world.

With startups from Pillar Technologies, a Somerville startup developing “sensor technology for risk management at construction sites”, to Wellist, a digital health startup providing “personalized recommendations to hospital patients for post-discharge services”, Boston is a great location to begin or expand your startup and small business. The culture and knowledge feed off one another making it a perfect place to live and work. Whether you want to relax or venture around the city, Boston offers a wide range of activities and events to have some fun.

With the oldest professional baseball stadium still in use, Boston takes pride in its sports teams. Competing in the MLB’s since 1901, The Boston Red Sox reside in Fenway Park, the site of the first game of the first modern World Series in 1903. Fenway Park is also known for hosting soccer games, football games, hockey games and several large concerts include artists such as Stevie Wonder, Bruce Springsteen, The Rolling Stones and recently Lady Gaga, the first woman to headline the park on her own.

From business to fun, Boston provides a diverse atmosphere to live and prosper. Find a Boston, Massachusetts area phone number for your business. To search numbers available in area code 617 and 857 click here.