You’ve got a lot of options out there when it comes to developing your advertising. Right now, you’ve got plenty of platforms to develop for. But one key thing that you’ll want to consider is the Kindle Fire in your plans, because the tablet we’ve been covering for some time now is rapidly climbing the ranks.

While it’s still nowhere near the iPad for sheer wide range of sales, it is offering up some impressive numbers. Sufficiently impressive, in fact, to not only have surpassed the Samsung Galaxy Tab and the Nook. When it comes to the ebook market, the Kindle in its various varieties are pulling in, at last report, 60 percent of the field against the closest competitor, the Nook at 27 percent, and Barnes and Noble is still working on developing their newest Nook. And moreover, the Kindle Fire, specifically, is outselling the Samsung Galaxy Tab almost three to one in terms of paid downloads. 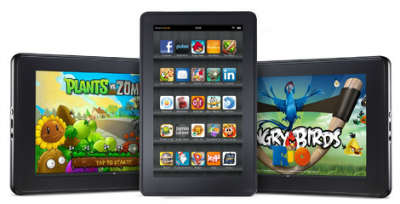 Basically, Amazon’s plan appears to be working. People are indeed buying the Kindle in various formats, especially the Kindle Fire, in a bid to get access to that sweet, sweet ecosystem that Amazon’s got on offer. Loads of books, loads of movies, and plenty more besides make this one a very exciting platform to develop for. And with the sheer numbers of these that have already been sold, and the sheer quantities of apps they’re consuming, a thought should likely be occurring to you.

We’re rapidly discovering that the Kindle Fire isn’t so much competing with the iPad so much as it is competing along side it. And that means developing apps–or using them as promotional tools–for your small business is likely to pay unexpected dividends. The reach of the Kindle platform, especially the Kindle Fire, is much more extensive than many likely would have thought when it first got started. So working with the Kindle platform is a smart idea. It’s not only useful as a potential product venue, it’s also useful as a promotional tool as well. Developing apps for use as advertising around the Kindle Fire platform will likely give you access to a much broader reach than expected, for the cost of developing the app in question. 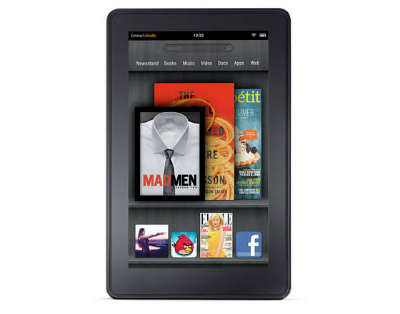 Naturally, this isn’t going to be sufficient by itself. Infrastructure tools like a toll-free number and similar cloud-based telephony applications to make sure that all the respondents you’ll likely get to your advertising attempts don’t end up for naught because you didn’t have sufficient manpower to cover the lines on all the phone calls you got. Still though, one thing is perfectly clear–the Kindle Fire has come a long way since we first talked about it right here. And now, it’s just the platform for you to take advantage of to get your best reach in advertising.