Bluetooth really is a beautiful thing — especially when you have the power to turn a printer possessed, sort of like Transformers. Let’s roll out, Optimus Prime!

But, seriously, with the age of technology skyrocketing into unknown atmospheres of ethereal quality, you can imagine small businesses and entrepreneurs licking their lips at the next innovative application to grace the halls of the corporate world. This is the way it is with one specific Google app: PrinterShare.

What You Need to Know About PrinterShare 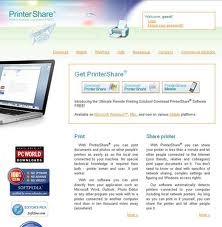 Not too shabby. Given the highly technological innovation here, that’s not too shabby at all. Let me give you a rundown real quick on how PrinterShare is indeed quite the enjoyable luxury for businesses. Call centers and auto attendants, too, would salivate until there’s a pool of that digital Tron water all over the grid. Grab the light cycle, and you should be good, though; no hydroplane or skidding here.

For starters, PrinterShare is an app designed to allow a user the ability to tap into a smartphone or tablet and sync with a printer either wirelessly or through Bluetooth. To give you an idea of how cool that is, picture this:

There’s a guy on a train with a deadline to send an article in about ten minutes and have the paper copy sent to his or her publisher right then and there. What does he or she do? Of course! She sends that article through PrinterShare, syncs it with the printer at the publisher’s office, sends it via Bluetooth, and in seconds the document’s in the hands of the editor.

Pretty slick. It’s sort of like an efficient form of faxing.

Some Classy Features and Benefits

It’s pretty flexible, too. You can print MS Office documents, Powerpoints, PDFs, and text files. You can print from your device’s internal memory, SD card, or even Google Docs (and that in and of itself is pretty cool). You can even print business e-mails, send correspondence to teams within your corporation in seconds — Gmail, photos, contacts, agendas, sms/mms, call logs, web pages. You name it, the PrinterShare does it.

This is especially useful if you’re a business largely going mobile at times. And when you need to keep your team in the know, PrinterShare has the how in which to do it! 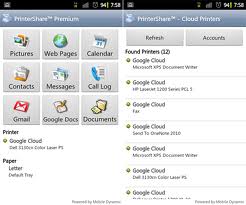 You can have 20 free prints on both ends with the free app, but purchase the PrinterShare Premium Key and you’re looking at unlimited everything. Plus the app supports Google Cloud Print at no extra charge and is compatible with a multitude of printers — HP, Epson, Canon, Brother, Samsung, just to name a few.

But Is It Too Good to Be True?

For some businesses…. Maybe. Why? There has been some user complaints for this app in regards to certain printer drivers. In that there are some missing.

What I mean by that is certain printers, like the Brother 7065DN or the MFC 440CN, wouldn’t print wirelessly. And the reason why is because the required printer drivers weren’t available. Plus, in all honesty, once those 20 pages are done, you’re sort of forced to pay for the Premium Key. And in all honesty, that $20 Premium Key is costly — especially with all the bugs that end up on this app, for some strange reason.

For some reason the transfer of the file on the device to the printer doesn’t sync well. Tabs end up off. That is, of course, to be expected when you’re dealing with a tablet or smartphone designed to view a certain document a certain way and must sort of communicate that to a printer when the printer’s more used to having an intimate 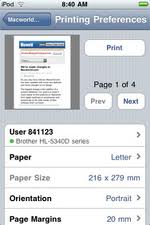 relationship with a regular Microsoft Word program on the desktop.

It’s kind of like when a CEO of a business travels to Japan without learning some of the language and ends up swallowing some Wasabi-drenched sushi without knowing it all because the CEO didn’t know the Japanese words for “this is such a hot sauce that it will burn your tongue off.”

Still a Promising App, Though

As is always the case, room for improvement is essential. And the bottom line is this technology is being utilized to the max. Some tweaking here and there will be necessary.

Who would’ve thought a mere smartphone or even a dinky tablet could actually power up one of the most ancient computer devices ever known to man: the printer? That’s like a lion tamer trying to break in a dinosaur or something. It’s tricky. Fun to watch. But tricky.