Okay, no x-rated or NC-17 or even R-rated stuff here. When I say “turn on,” I mean “sync in,” or “log on.” I guess. Whatever the case, this app turns me on! It’s an awesome app for the Android or iPhone called LogMeIn Ignition. One thing to keep in mind, though — this app is probably best efficient with tablets.

But given that tablets are the wave of the future, particularly with small businesses and entrepreneurs, you’re looking at quite the new-wave app to stardom and productivity. So here’s the lowdown…. 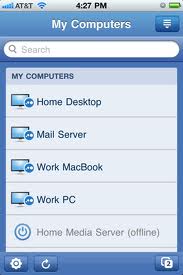 This handy little app basically allows your tablet to wirelessly access any desktop you like. Think of it as remote access control. Whatever’s on your computer back home, in the office, or just about anywhere — that can be viewed and used as if you’re there using the computer. Desktop and everything.

What’s funny is if someone happens to be at the target desktop, they’ll watch the computer start working as if possessed by some computer demon. No, it’s just you using your tablet to work the computer from miles away. All thanks to LogMeIn Ignition.

The obvious benefits are pretty self-explanatory: 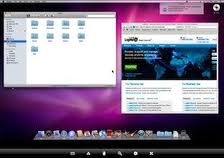 Either way, that’s a heck of a lot of dough to pony up for one little app. Except it’s a little app that does a heck of a lot. This is like space age stuff. And it’s pretty compatible with a lot of tablets, even smartphones! That’s a shocker right there. Can you imagine using your computer desktop in your dinky little phone screen? I can’t. But with LogMeIn Ignition, you can. 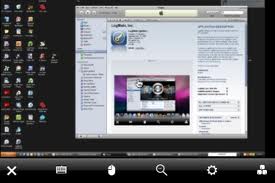 That can be another downside in all honesty. This app is probably only usable beneficially with a tablet. But that’s all fine and dandy. Just don’t lose your tablet, or someone might find it and start messing around with your desktop in really bad ways. Just sayin’.

I said this app turns me on. It does. And when it comes to your handy call centers and auto attendants, a big hats off to this one. Entrepreneurs can take advantage of it in a big way, utilizing such things as e-mail attachments with ease and have them saved right in the handy hard drive back in the office. Safe and sound.

No worries about clouds and online docs or whatnot, the worry if the connection’ll be so slow that it’ll take your entire life to send an Excel document or something like that. That’s never fun. Simply patch in to your computer back home, get on e-mail, send the document, and that’s it.

For sure, Houston — and just about any race car as well — would not have any problem with this.