It’s what they called Evander Holyfield when he became a boxing god: the “Real Deal.” These days, that’s what it’s all about — deals, deals, and more deals. Look around.

You’ve got FourSquare, all the Groupons you can stuff in your pocket, and the archaic but ever still effective paper coupons you get from the weekly newspaper! Does it ever stop?

Will there ever be a time when we don’t need them?

It’s only the mega-giant of cyberspace, the monumental electronic black hole leviathan consuming all apps, services, other social sites, and even smartphones, in its path. I mean, seriously, Facebook has even invaded MySpace! You can sign on anywhere using — that’s right — your Facebook login.

What Does This Have to Do With Deals?

Watch out, Groupon. Look out, FourSquare. The big fish has entered the water. And it’s a piranha. 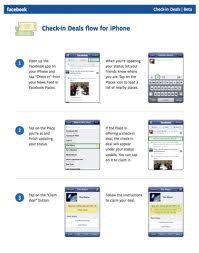 Go ahead and do a search on your own Facebook profile. It’s there. It’s called the “Check-In Deals.”

Simply put, it’s an app on your Facebook that allows you to tap into your location to look for all sorts of deals. Or better yet — to post your own deal.

This is, of course, based on location. Previously, Facebook had their Daily Deals site, which was rather static in nature. No wonder the moguls of Facebook decided to kill it off.

This is the latest rage, obviously — what the Check-In Deals do is localize what you’re looking for (and posting). This means if you’re a small business out there in a particular market and location, getting a deal on Check-In Deals might benefit you in a big way.

Convince Me — How’s That Possible?

Give me a break — it’s Facebook, for crying out loud. Everyone and everyone’s mother, and everyone’s alien mother from the planet Vega uses Facebook these days. So just imagine the networking, the marketing, the sheer advertising possible from posting one deal on your Facebook app. 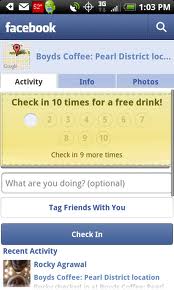 On the Flipside, Though….

They’re so big that it could take an individual days, weeks, months, even years to learn that there’s some app out there on Facebook that’s exactly like Groupon or FourSquare! While the app is so incredibly user-friendly — probably more user-friendly than the competitors — don’t deny that it’s easy for an app like that to get swallowed by such things as the BranchOut app, or the NetworkedBlogs app, or the Farmville stuff, or the CafeWorld crap, or the “play-a-fantasy-character-wielding-a-sword-through-some-cheesy-monster” game. You get the picture.

There’s so much stuff on Facebook. Maybe too much.

But, wait, you say…. Here’s all this negative crap about the app, and you look at the rating:

You’ve been in a desert, right? It’s big. It’s dry. It’s a loooooooong walk. But once you come across that gem under the sand, you feel like a million bucks. Literally.

That’s what the Facebook Check-In Deals are — those gems in the sand. 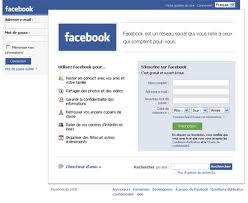 Think of the millions of people that already use Facebook, cut about 3/4 of them out, and you’ll still have a huge chunk of them left. And many of them might actually be in your particular locale, with a smartphone, with knowledge of the app, wanting your services or products, and are willing to jump on the deal you post!

That’s just my two cents. Two cents off, actually — post that deal on Facebook for me. We’ll see how many hits I get.