While we here at Halloo have had Google Apps functionality for some time now, Google Docs is also part of normal business for small businesses. And recently, Google Docs unveiled a whole new slate of updates for users that will put plenty of extra value in the standard operations of many businesses, including allowing some to take advantage of telecommuting.

Primarily, the updates at Google Docs are cosmetic in nature. Google added on 60 new templates and 450 different fonts, most of which were previously found on Google’s Web Fonts site geared toward web designers. But that’s just where the new updates begin, not end; Google also put some extra punch in their support for screenreaders in Docs, as well as an increased array of options for thing like adding images to documents, bringing in images from the LIFE photo archive, and added support for Google Drive, as well as webcams. 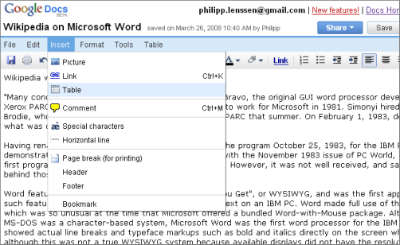 Apps Script picked up an array of improvements as well, including an improved ScriptService for publishing scripts and determining when they run, and increases in sizes for attachments–from five meg to 25 meg–and the total size of docs files from two meg to 50 meg.

For those out there that depend on collaborative services to manage remote workers, the improvements in Google Docs will be a welcome treat. Substantially boosted numbers of fonts and templates are a big step, but they’re just cosmetic changes, really. The increase in file size is what will give users a true cause to celebrate, as it will take more files, and larger files, to butt up against that ceiling than in previous versions, allowing more work to get done more efficiently. Much has been made of the bottom-line value involved in telecommuting, and there’s no reason that many small businesses can’t take advantage of that trend as well to save money on facilities space and increased morale and productivity that properly managed telecommuting can bring. 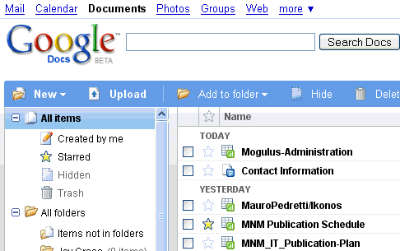 And it’s not just improvements in Google Docs that can help improve small business results, but also cloud-based telephony tools like call hold and transfer services, as well as toll free number services, to make sure customers can not only reach your business easily, but also get who they need to speak to as rapidly as possible.

So Google Docs’ improvements may not seem all that valuable from the outside, they’re going to provide not only better aesthetics but also improved efficiency. And that’s enough to make any small business sit up and take notice.