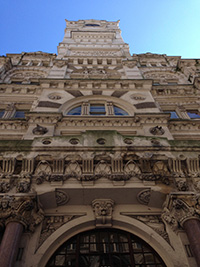 Contrary to popular belief, it is not known as “Cream City” because of its dairy farms, but rather for the cream colored bricks that were first made in Milwaukee in the 19th century. Many of these bricks were used on the buildings of the time period. END_OF_DOCUMENT_TOKEN_TO_BE_REPLACED